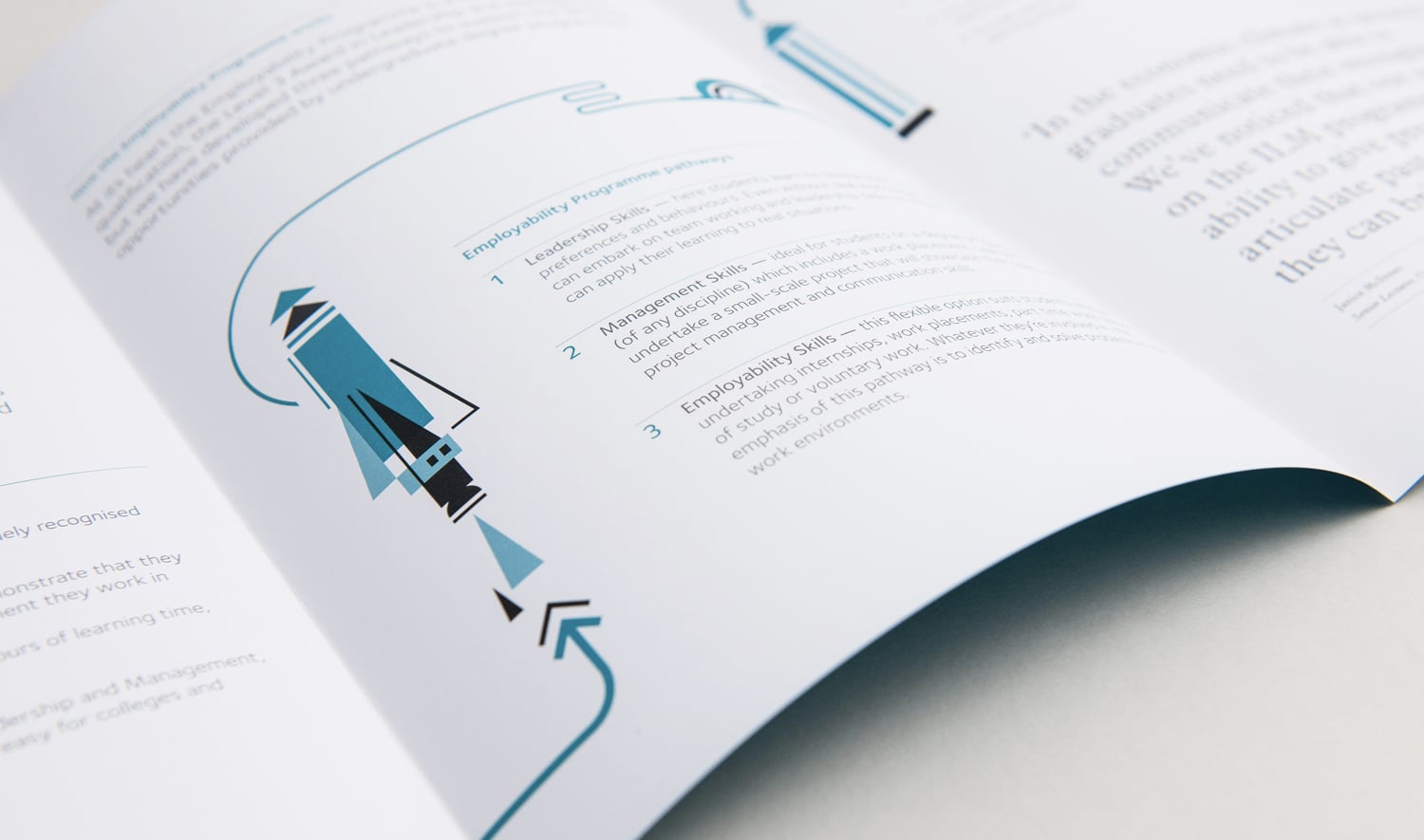 This article forms part of our 'How to build a brand' guide.

What is brand illustration?

Brand illustration is the process of visualising an image or idea by using techniques like sketching, collage mark-making to build up an appropriate brand image.

An introduction to brand illustration

Brand illustration is a discipline of both brand identity design and content creation. Abstract thoughts and ideas are difficult to explore with words or photographs alone. That’s why brand illustration is so important for brands that want to connect with an audience on an emotional level or present content in a straightforward way. This article will explore how illustrative visuals can help to express everything from abstract concepts to complex products — all within a single graphic.

Branded illustration and illustration design are art forms that have been around for centuries. With regards to brand design, these disciplines have only recently become widely adopted as a way to visually express values and personality traits. In the past, brand illustration was mainly associated with children’s books or graphic novels. However, as digital technologies became more accessible and companies began to embrace the idea of brand storytelling, brand illustration assumed a new shape — one that is employed in visual identities and marketing campaigns.

There are many different ways to illustrate a brand personality. Some examples of brand illustration include hand-drawn illustrations, clean graphics, line drawings and typographic illustration designs.

The roots of brand illustration can be traced back centuries ago when medieval monks would illustrate manuscripts, often depicting religious scenes or stories to teach people about religion and morality. In the 18th century, artists like James Gillray produced biting political satire that was popular among the masses. The work of Gillray and his contemporaries helped to take complex scenarios and make them easy for people to understand — this principle was then applied to early product advertising which had a similar effect.

In the late 20th century, brand illustration became increasingly popular as it was used in editorial content for magazines and newspapers. These branded illustrations were used to tell stories that might otherwise have been difficult or impossible with words alone. Theatrical cartoons, such as Winsor McKay’s The Little Rascals (1923), helped to establish the traditional style of animation that is still used today. It also allowed artists to experiment with new methods of illustration, such as flat design, which led to the invention of modern brand illustration techniques as we know them today. Branded illustration is now used by businesses of all shapes and sizes to help them communicate in their unique tone of voice.

Brand illustration as a design tool

Brand illustrations are now widely used to bring personality and creative differentiation to a visual identity. Illustration is often seen as a ‘softer’ alternative to photography and can be easily animated in digital settings.

Brand illustration has evolved from simple line and ink sketches to being used as a way for brands to speak directly with their audience and express specific ideas, often through symbolism or metaphor.

One of the most effective reasons for using brand illustration is to simplify complex messages to make them more accessible. This allows consumers with limited reading ability to engage with the content by helping them to draw the message from the illustrated. When creating a brand illustration, accessibility can be achieved by creating visuals that are both visually appealing and can be easily understood. The Economist do a great job of making complex ideas simple for their audience with an illustration that is loaded with content and meaning.

Recent examples of brand illustration work include Halley Stevensons, The Feather Company and Back Onside. 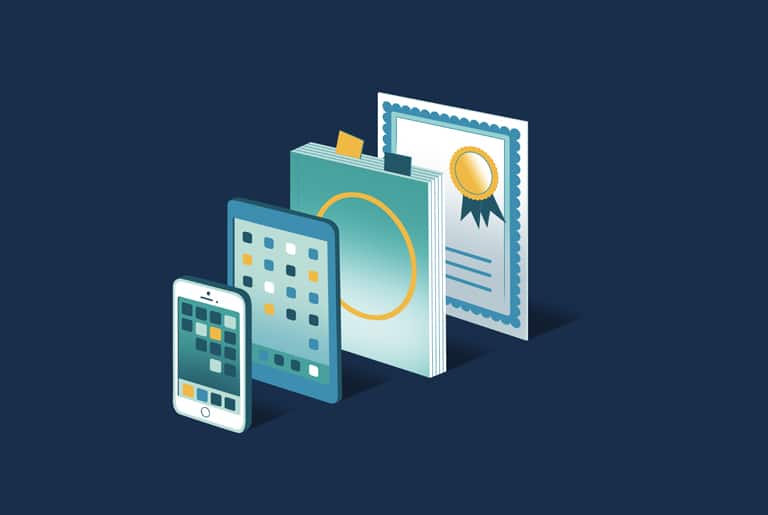 As we’ve discovered above, brand illustration can be a great way to bring some personality to your business while helping you easily communicate complex information. There are many types of brand illustration — some of which are explained below.

Brand identity illustration is a type of illustration design that expands upon a visual identity. For example, a brand may use illustration to communicate something about their personality, their products or the type of audience they focus on. The company Petbarn uses simple animal illustrations to help position them as a friendly experts in pet care. Illustrator Marco Palmieri built a visual language to help express this idea across multiple applications including animation, flat graphics, packaging and environmental.

Product illustration is another type of branded illustration that uses visuals to differentiate between products. Often a further extension of brand identity illustration, this looks to build out the individual personality and USPs of specific products. An example of this is the recent rebrand of Japanese Sake ‘Ao Kuma’. These new packaging designs feature unique illustrations of the Himalayan bear, an animal that is native to Japan. These work together to create a set of products that are creatively unique but clearly belong to the same set.

Service and process illustration is a general illustrations category that looks to communicate a service offering. These are more complex in their nature as they often need to include several elements working together. The trick with service illustration is to make sure a single graphic clearly explains the core message. For example, if a business offers a sustainable re-covering service for used bedding, the service illustration would show the steps involved in that process. This might include the old product being stripped, new materials being cut to size and the final product shown in its complete state.

Technical illustration often uses a stripped-back visual style to communicate complex information such as product assembly instructions, circuitry guidance or architectural blueprints. These ‘drawings’ can be used to great effect and are also a valid way to build a brand. For example, organisations like Dyson, Apple and Ikea regularly use technical illustrations to show the intricate details of their products. Sonos also do a fantastic job of showing complex electrical products in a simplified manner while retaining their premium aesthetic.

Infographics are an incredibly powerful way to communicate lots of information in a single image. They are the go-to way for designers to simplify complex subjects and show relationships between different elements. There are many great examples of infographics for brands, including the book (and blog) ‘Information Is Beautiful‘. One example of infographic design is the famous London Underground map. This essential tool helps London commuters access all of the network information in a single, beautiful image.

Iconography and brand icon design is another type of illustration design that focuses on creating small visual shortcuts to more complex content. For example, wayfinding systems are used in public spaces to help guide people to toilets, exists and shop tills. These graphics are carefully illustrated and, together, form a set of graphics that can help to build a wider brand identity system.

If your business would benefit from a fresh approach to content creation, please get in touch and we will be happy to advise on the best route forward. We recommend that a strong brand identity is defined to ensure all printed, physical and online materials are unique, consistent and effective.

1.10 An introduction to brand strategy

2.10 An introduction to brand identity

3.10 An introduction to print design

4.10 An introduction to digital design

How to build a brand

Think we can help?

We partner with ambitious businesses to breathe new life into their brands, products and services. If you have a vision for your business, we’d love to hear from you.

This website uses cookies to improve your experience while you navigate through the website. Out of these, the cookies that are categorized as necessary are stored on your browser as they are essential for the working of basic functionalities of the website. We also use third-party cookies that help us analyze and understand how you use this website. These cookies will be stored in your browser only with your consent. You also have the option to opt-out of these cookies. But opting out of some of these cookies may affect your browsing experience.
Necessary Always Enabled
Necessary cookies are absolutely essential for the website to function properly. These cookies ensure basic functionalities and security features of the website, anonymously.
Functional
Functional cookies help to perform certain functionalities like sharing the content of the website on social media platforms, collect feedbacks, and other third-party features.
Performance
Performance cookies are used to understand and analyze the key performance indexes of the website which helps in delivering a better user experience for the visitors.
Analytics
Analytical cookies are used to understand how visitors interact with the website. These cookies help provide information on metrics the number of visitors, bounce rate, traffic source, etc.
Advertisement
Advertisement cookies are used to provide visitors with relevant ads and marketing campaigns. These cookies track visitors across websites and collect information to provide customized ads.
Others
Other uncategorized cookies are those that are being analyzed and have not been classified into a category as yet.
SAVE & ACCEPT